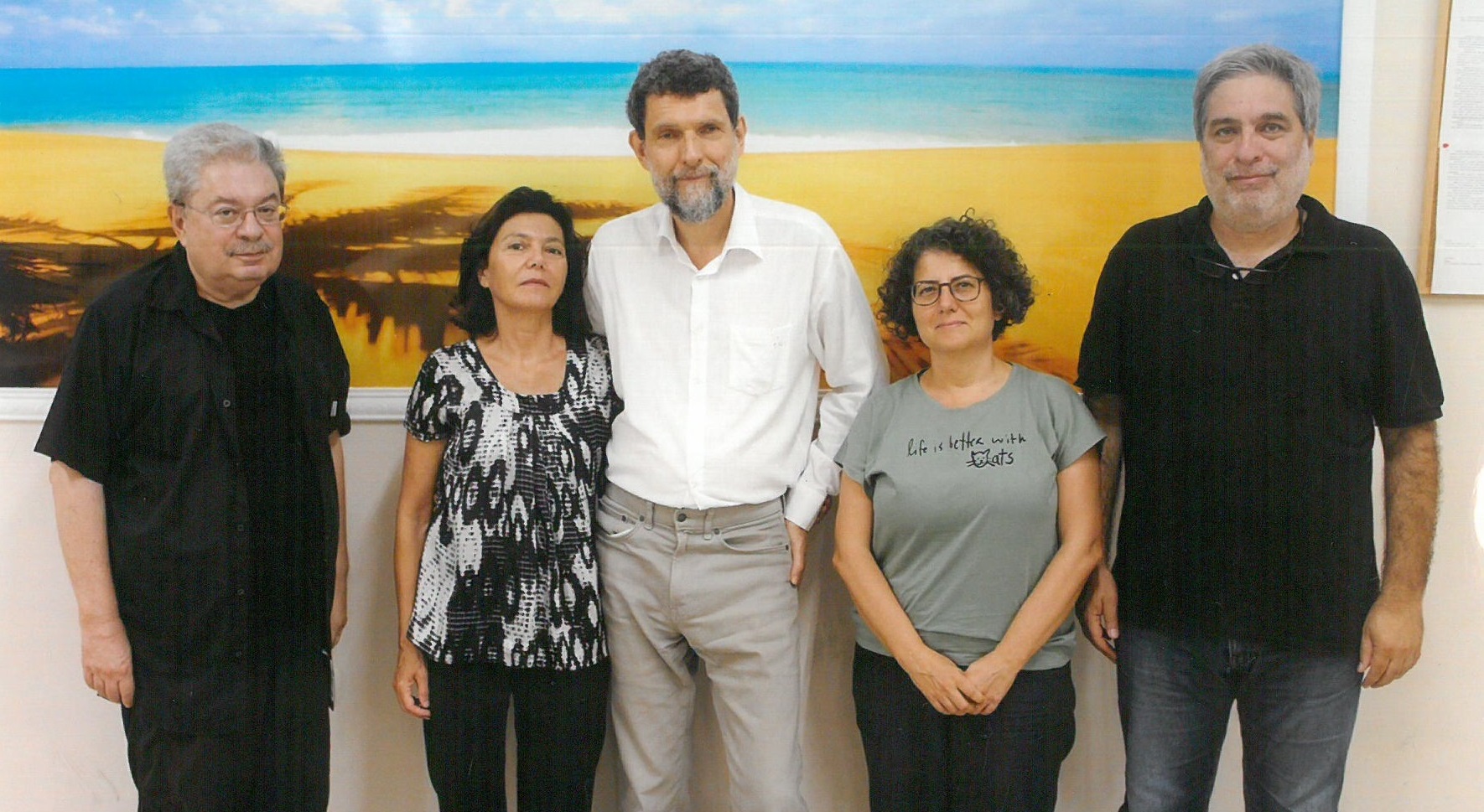 I am at the end of my second year as a resident of Silivri, striving to make it through these tormenting times as unscathed as possible thanks to the support of my wife, family and friends.

Seeing my neighbours, acquaintances released from prison during my time here lightens my heart. I am more than happy that my neighbour across the hall, Eren Erdem, is finally out. Coming back to our case, three hearings have gone by. Court arguments have, to my understanding, made it clear enough that the charges have no evidential basis, those standing accused have done nothing to incite violence, and have no organizational affiliation to each other.

Defence attorneys have revealed that this indictment, with its very conception, extrajudicial telephone taps and informants’ letters is based on the work of police officers and prosecutors under charges of Gulenist activities.

It is an indictment that falls far from the purpose of serving justice, rather working to discredit those who participated in the Gezi Protests and prolong my detention. I believe that insistence on this indictment amounts to a green light for the use of means of perverting the course of justice and the mentality behind them.

I am sure that the judges are also aware of the impossibility of sentencing me and the other accused based on phone conversations this indictment uses as its main evidence, but are actually inadmissible as evidence and have been obtained extra-legally. Yet, as a result of the rationalization that arrest does not require absolute evidence – which could only, if ever, be used to justify short periods of detention – my time in prison is being extended indefinitely, thus executing a punishment in parallel with the ongoing trial.

The most important reason for the preparation of the judicial reform strategy recently adopted by the Parliament in Turkey was stated as the loss of credibility or legitimacy of the judicial authority due to disproportionate interventions into fundamental rights and freedoms. I do not believe imposing limitations on periods of detention shall suffice to fix this dire situation. For the prolongation of periods of detention is not the real reason for the loss of legitimacy in interventions into fundamental rights and freedoms – it is an outcome rather than the cause.

What lies at the root of this problem is the mentality that instrumentalizes law for its own ends, the attitude that legitimizes heavy accusations, arrests and even sentencings in the absence of concrete evidence.

For true judicial reform, it is necessary to recognize a person’s freedom as their most basic, fundamental human right. Once this is the case, it will become clear that nobody, not any politician nor public official, has the right or authority to arbitrarily withhold this sacred right.